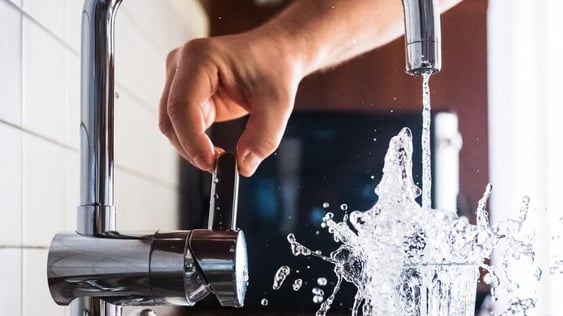 Published in The Care Home Environment, The Journal of mHealth

By Jonathan Papworth, co-founder and director of Person Centred Software

Research from the Royal Society of Medicine (RSM) revealed that one in five people living in care homes do not have enough fluids in their diet. In addition, those with dementia are six times more likely to be dehydrated. These concerning figures suggest that while care homes can always strive for new, innovative methods to improve, identifying dehydration and solving its causes is still a complex issue.

Dehydration is a precarious condition, after all, and one that impacts each individual in different ways depending on their regular fluid intake. Ultimately, dehydration is an unnecessary and potentially dangerous state that can lead to serious illness if left untreated.

The adult human body contains around 60 per cent water. All the cells in the body, including our brain cells, depend on this water to carry out essential functions. Therefore, if water levels are too low, our brain cells cannot function properly, leading to cognitive problems that are especially prevalent in older people.

Dehydration can cause anything from confusion to an increased risk of heart disease, infection, and falls. Research by the RSM also showed that the level of anxiety among residents in a care home could decrease dramatically if their fluid levels were adequately addressed.

Remarkably, research has shown that cognitive and physical issues start to arise with a loss of water in the body from as little as one per cent. It is preventable, however, with a lack of awareness and training often being responsible. This lack of training can lead to significant patient safety concerns for more vulnerable groups, specifically older people in social care settings.

Unbalanced fluid intake has a direct impact on cognitive function, such as attention and memory (short-term, long-term and working memory). On a side note, nutrition can impact both the development and maintenance of brain structure and brain function. It’s important to point out, too, that certain medications or diseases can have an impact on cognition whilst nutritional interventions will induce more subtle changes.

Regarding the impact of water on cognition, the European Food Safety Authority (EFSA) published a report within the last decade that supported the scientific opinion that water contributes to the maintenance of cognitive function.

The brains of dehydrated adults showed signs of increased neuronal activation when performing cognitively engaging tasks, indicating that their brains were working harder than normal to complete a task.

The elderly are more vulnerable to dehydration-related cognitive issues caused by a decline in the level of water stored in the body. This increases with age due to changes in body composition, namely the loss of muscle and gain of fat.

People over the age of 65 are also less likely to notice they are dehydrated. The brain becomes less sensitive to the sense of thirst with age, so it becomes more difficult to accurately diagnose dehydration. Traditional physical signs of dehydration, such as saliva tests and urine tests are often inaccurate or misleading due to the presence of other chronic conditions. Blood tests are the only truly reliable indicators of dehydration in the elderly.

Furthermore, a quarter of all care home residents admitted to the hospital are dehydrated, have UTIs and have suffered falls, which all can be attributed to a form of cognitive impairment. The value in technology for care homes that directly tackle this issue of hydration, then, cannot be denied.

So, how exactly can we reduce the risk of dehydration? Well, to keep your brain adequately hydrated, it is recommended that women consume 2 to 2.7 litres (8 to 11 cups) and men consume 2.5 to 3.7 litres (10 to 15 cups) of fluids per day, though individual needs may vary depending on age, activity level and medication use.

Diet and exercise, too, are important components to remaining hydrated. Indeed, hydration refers to the consumption of all fluids, not simply how many glasses of water we drink per day.

With 14th-20th June marking Nutrition and Hydration Week, we must address the aforementioned statistics and, therefore, explore sustainable technological solutions that can help combat dehydration among the elderly.

This was the motivation behind our new partnership with Jelly Drops and the launch of a new campaign to highlight the importance of monitoring fluid intake in maintaining cognitive well-being. The award-winning treat manufacturer’s 95% water sweets are designed to support hydration. Initially developed to help the founders’ grandma, they can now be enjoyed and shared by everyone! Their journey has been supported by the Alzheimer's Society and they recently were awarded Dementia Care Innovation of the Year at the National Dementia Care Awards. Person Centred Software helps care staff seamlessly track fluid intake on its digital care management system through an icon for the use of Jelly Drops and its Personalised Fluid feature, where fluid targets are personalised or capped for those living with medical conditions that mean fluid intake should be restricted.

Through digital care technology, care homes can immediately see which residents have not had sufficient fluids and take appropriate action. The fluid offered to residents, and the amount of fluid drunk in millilitres is simply evidenced at the point of delivery on mobile clinical devices. Reminders to offer drinks can also be set up as part of a planned care routine, with a traffic light system of flags alerting staff to when a care task is due or to a resident falling below the recommended fluid threshold for the rolling 24-hour period.

Technology can also help to monitor fluid intake via a Percutaneous Endoscopic Gastrostomy (PEG) tube. For people who can’t manually take in enough fluids, they are given them through the PEG. We solved the problem of care providers not being able to show the fluids residents take on board through medication given via the feed tube, by introducing PEG fluids. Care homes want to show that residents who are nil-by-mouth are getting their fluids, even if they are prescribed. Our software can monitor a person’s intake of medication, fluids, nutritional supplements, and food via a PEG.

Another example of how digital care technology is helping to tackle dehydration is WCS Care. In 2016, the care group of 13 homes in Warwickshire started rolling out our Mobile Care Monitoring system to monitor fluid intake in real-time. Within a year of implementing the technology, the charity found a correlation between residents drinking at least 1.5 litres of fluids a day and a 33% reduction overall in resident falls.

Overall, it’s clear to see that innovative digital care technology are empowering caregivers with the adequate tools to track and reduce underlying factors that lead to dehydration and, in turn, cognitive decline. 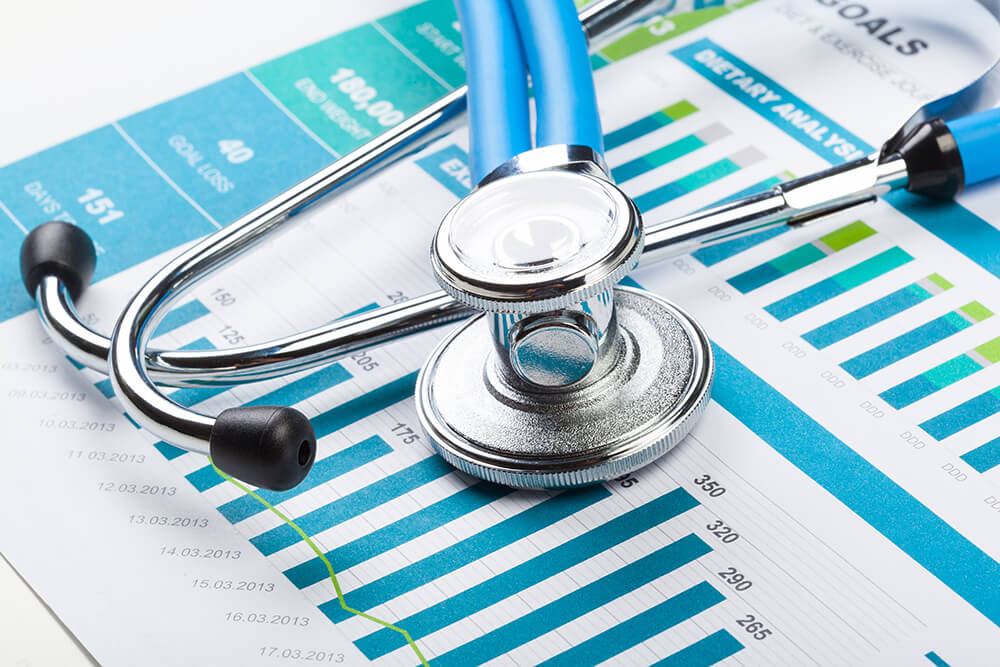 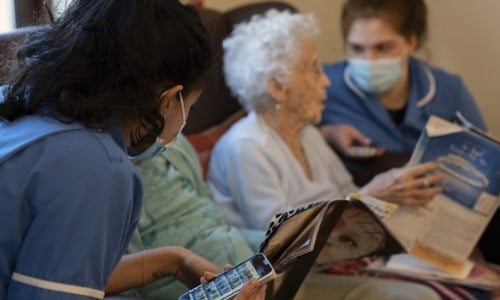 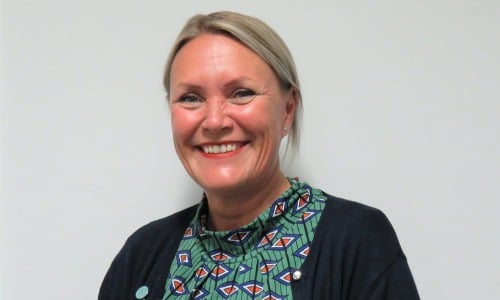 Utilising digital technology to boost family connections all year round